Jerry's Fund 2013 is behind schedule due to the Sandy Hook School massacre.  We apologize for extending the date, but it has been extremely hard to concentrate on anything with so many things going on in our town.  This year's recipient is Villalobos Rescue Center & as usual, the fund will be earmarked for victims of dog fighting.  Please take a moment to go to our website & donate today before the cut off time of 11:59pm on February 15, 2013.  You can go to Jerry's Fund page at Jerry's Fund & donate directly there.  You can also visit Jerry's Fund Facebook Fanpage & say hello or leave some well wishes for Jerry, his family & his friends there.  Thank you for considering to contribute to Jerry's Fund - we will not let our friend go silently... he will remain with us forever by doing good deeds for the victims of dogfighting in his name!
Posted by Frogdog Bloggeressa at 9:04 AM No comments:

In honor of Jerry's 41st Birthday coming on January 15th, Jerry's Fund 2012 is now active for the next few weeks until January 31st. The money being collected will be donated to Best Friends this year. Many of you reading may know Best Friends by the show "Dog Town", which aired/airs on Animal Planet. At our small rescue, Green Fur Kidz, we know them as fearless crusaders who send big trucks into the midwest states picking up the unwanted/used up breeder dogs & sending them to the northeast for rescue groups to help rehabilitate & rehome. But by far, the most important role that Best Friends has ever played in terms of notorious animal cruelty is that they were one of the groups that stepped up for the vick dogs by helping with their rehabilitation & rehoming. This rescue is the perfect recipient for Jerry's Fund since Jerry spoke out against what vick did to his dogs & the bad reputation he put on this breed that Jerry loved. 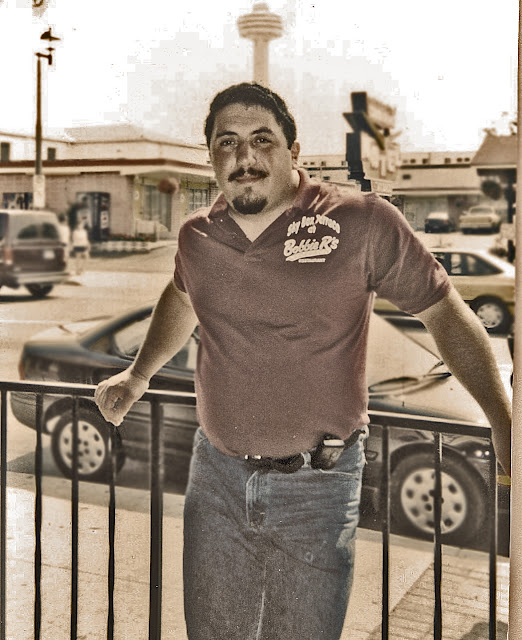 Photo Credit: Unknown... taken from a facebook page & edited - if this is your photo, please contact us & we will give you the credit for it.
We have spoken to one of Best Friends Directors & she said they have placed several of the vick dogs in forever loving homes so far - awesome news! They had originally taken in 23 of the vick dogs in hopes to save them all, which they have. The Director has set up an online memorial fund for Jerry's Fund contributors & has earmarked the donations collected in his name for Best Friends' "Cambuly Fund". The Cambuly Fund helps rehabilitate Pit Bulls that have been victims of dog fighting - whether used for bait or for actual fighting.
Please consider donating to Jerry's Fund directly to the recipient - Best Friends - by clicking on the link below. You must choose the "In Memory" tribute type & put "Gennaro Prete" in the tribute name field of the page so that they can place the funds in Jerry's Fund account. After the end of January, his mom & sister will receive Jerry's Fund acknowledgement from Best Friends letting them know that his friends are keeping Jerry's name alive with good works for the dogs he cared about & something he was very much against, dog fighting.
Jerry's Fund 2012 Recipient ~ Best Friends ~ Tribute Page
You can also mail a check directly in with a note saying the donation is a tribute In Memory of Gennaro Prete. The address to send the donation to is:

☆★★☆Your donation is tax deductible for your 2012 taxes★☆☆★
Once you have sent your donation in, please email jerrysfund@greenfurkidz.com & let us know your donation amount so that we can subtract it from our goal for this year, which is $1,000. If you prefer to not donate directly to Jerry's Fund recipient (Best Friends), you can donate by using the chipin link to the right, which we will then send to them after the chipin event has closed on January 31st.
Thank you for considering to help one of Jerry's favorite breeds of dog - the Pit Bull - by donating in Jerry's memory via Jerry's Fund.
Posted by Frogdog Bloggeressa at 12:53 PM No comments: 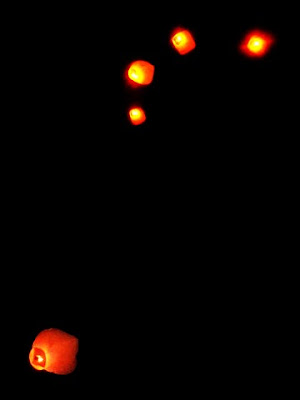 Jerry's Fund has been donated to Bad Rap Rescue this year & we have been told by Donna Reynolds, one of Bad Rap's Co-founders, that it will be used to help transport dog fighting victims from different states out to them on the west coast for rehabilitation. In addition, Donna also said that she would make sure to send a letter out to Jerry's Mom & sister to let them know that Jerry lives on with the money donated in his name to help dog fighting victims. However, we have some more news we would like to share related to Jerry's 40th birthday...
This image was taken by Marni Guman McNiff on the evening of January 15th as she, Jerry's Mom & Jerry's sister & many other family members sent up 40 Chinese Lantern Wish Balloons to Jerry. While it was simply meant to be a way to celebrate Jerry's 40th, the 40 balloons sent our small town reeling with a multitude of calls to the local police department with reports of UFO sightings.
Quite frankly, this whole event would have made Jerry laugh hysterically & would have been exactly what Jerry would have loved to see on his birthday... you did him proud baby sister LeeAnn!
Here is the story from this week's Newtown Bee:
http://newtownbee.com/2011-01-20__14-08-42
Here is the Youtube Video that sparked the search for answers to the mysterious lights over Newtown, Connecticut:
Posted by Frogdog Bloggeressa at 11:49 AM No comments:

A Guardian Angel Keeps On Rolling ...

Our friend Jerry was a trailblazer, a visionary... a force to be reckoned with. He loved his bikes & his dogs & he wasn't afraid to defend either. He was strongly against dog fighting & spoke against what michael vick did to his dogs with his dog fighting club known as bad newz kennels.
Jerry was taken way too early from all of us under extremely unfortunate circumstances that could have been prevented. We think he had more work to do here on planet earth - Jerry was everyone's Guardian Angel. Because he was tireless in his efforts to do good works for others while he was with us, we feel he must carry on with good works with his name... so we have created Jerry's Fund. Every year on Jerry's birthday - January 15th - we will donate his fund to a charity that rescues, rehabilitates & re-homes victims of dog fighting - specifically Pit Bull Terriers... Jerry's most beloved breed of dog. 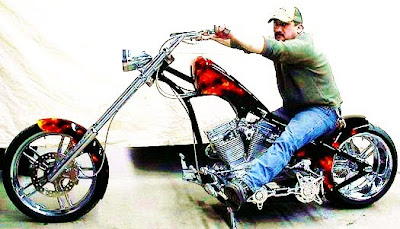 To honor Jerry this year for what would have been his 40th birthday on January 15th, we are collecting funds to donate in his name to Bad Rap Rescue. Bad Rap is the primary charity that went to bat for the vick dogs by rehabilitating them & re-homing them as loving family members - not willing victims in the fighting rings, easily disposed of once no longer deemed fit to fight by vick & his co-conspirators. Jerry's Fund will be earmarked by Bad Rap for use for the victims of dog fighting.
Please consider dropping a few dollars in Jerry's Fund (via the ChipIn link to the right of the screen) for the victims of dog fighting & remember to leave a birthday message after you donate for Jerry's mom, his sister & the rest of his family to read. Jerry's Fund will be electronically donated on the evening of the 15th directly to Bad Rap Rescue. His donation letter will be sent to his mom & his sister.
Thank you for stopping by & taking the time to read about Jerry & the creation of Jerry's Fund.
Posted by Frogdog Bloggeressa at 9:59 AM No comments:

Thank You, Everyone!!! Jerry's Fund for 2011 Has Been Donated to Bad Rap

Jerry's Fund for 2011 - collected via ChipIn - has been sent this morning through Paypal. We collected a total of $480.11 via the ChipIn. We know some other friends & family have said they will send checks made out to Bad Rap, so those funds are not counted right now - we should know what that amount is soon... hopefully.
We made it half way to our goal this year with less than 2 weeks of time to collect for Jerry's Fund. Hopefully next year we will make 10 times that to give to the victims of dog fighting in Jerry's name. We are hoping to give the fund a tax-deductible status automatically next year so we'll be working on that for the next few months. Please make sure to check Jerry's blog from time to time for updates on our progress, too.
In the meantime, you can read some more about dog fighting victims on the Vick Dog Blog at Bad Rap... Here is the link:
Vick Dog Blog at Bad Rap

Your Donation to Jerry's Fund is Tax Exempt!

Bad Rap is a 501 & when all the funds are collected & sent in to Bad Rap electronically, your name & the amount you gave will be listed on the paypal transfer. Once the transfer is complete, we will email you the receipt of the transfer for your 2011 taxes.

Please Leave Some Birthday Wishes For Jerry & His Family